[Question:} SIR: I just read that the Nissan Frontier Model may end in a couple of years. Does the value of the vehicle diminish more so if that particular model is not in production....I do not want to come home to a vehicle that no one wants once they find out it is no longer in production....thanks

When a vehicle is no longer in production the future value of existing vehicles can certainly be negatively impacted. There seems to be a bigger impact on vehicles that were not very popular to begin with.

In the case of the Nissan Frontier, I don't think you'd have as big a problem. These were fairly popular vehicles and I can't see the bottom dropping out on these vehicles.

I you were to try and trade it in to dealer after their production ceased, they may try to tell you it's worth less because they are not produced anymore, but it would be more a tactic to try and "steal" your trade.

In extreme cases, as with the Daewoo, these vehicles were worth nothing after the company went belly up. Brand new vehicles with an MSRP of $12,000 were hard to sell, even when dealers tried to give them away for $5,000.

I just don't see this happening with the Frontier. Nissan is financially sound and in my opinion, there will be a used car market for the Frontier for years to come.

On the flip side, Ford stopped producing the Excursion and the value of used Excursions went up. This is also true with H1 and H2 Hummers. 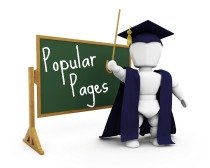